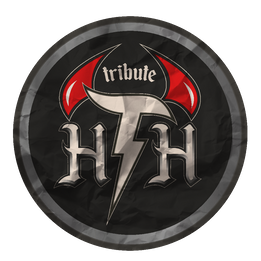 WE ARE PRESENT ON

We are the Highway To Hell, an AC/DC tribute band founded in Milan.

The project was born in 2018 from the idea of Jacopo Ferrari (Angus Young), who decided to form a band that could emulate the overwhelming live show of the Australian formation.
Jacopo is the real engine and driver of the group and immediately passed on to the others the passion for the band of the Young brothers.  The search of sound, the care of the look and instrumentation similar to the original were immediately the basis from which to start.

The first line-up, after having structured the set list of the show, began to perform live, enjoying some success with the public and even the critics were always positive.

After a period of stagnation, the band has renewed itself in some elements, in search of the perfect feeling that every band should have and from 2021 it has resumed live performances.

Sammy is the drummer from the beginning, an eclectic musician but with a clear rock extraction.
Numerous bands have seen him behind the drums.
Grunge, hard rock, metal, brit pop and even a bit of swing, not to miss anything.
Fundamental for the timing of the band, he is very involved in this beautiful adventure.

The voice of the group is Eros, who came into contact with HTH last winter.
During the first rehearsal, his interpretative ability, vocal range and tone very similar to Brian Johnson, impressed everyone. After Shoot to Thrill, we looked each other in the face and we quickly realized we had found the right singer at the right moment.

On the bass, after the alternation of various musicians, Dave arrived.
He is a Milanese musician, a tornado of energy with exaggerated passion for the Australian band, so much so that on the first appointment in the rehearsal room he showed up with the whole setline ready. His inclusion in the group was more than natural.

The last element missing is Adrian. He is on rhythm guitar, a fundamental role, completed the mosaic of the new line-up in a great way.
Experienced guitarist with various musical influences and a lot of live experience.  Even with him the complicity was immediately evident. He is characterized by a strong passion for rock and a great rhythmic presence.

We are now ready to bring the energy of AC/DC wherever there is the desire to have fun and jump to the rhythm of rock ...
LET THERE BE ROCK!